A few weeks ago I did a DIY paper flower workshop at the Langford Market in Merrifield, VA. It was such a wonderful day of flower making and chatting with shoppers. Sheena and the girls were a ball to work with! I will post the tutorial for the crepe paper rose I showed everyone how to make, but I've been so busy with Sparkle and Champagne orders and travel that I haven't had a chance to put it all together. Since it's my first tutorial I wanted to make it perfect! 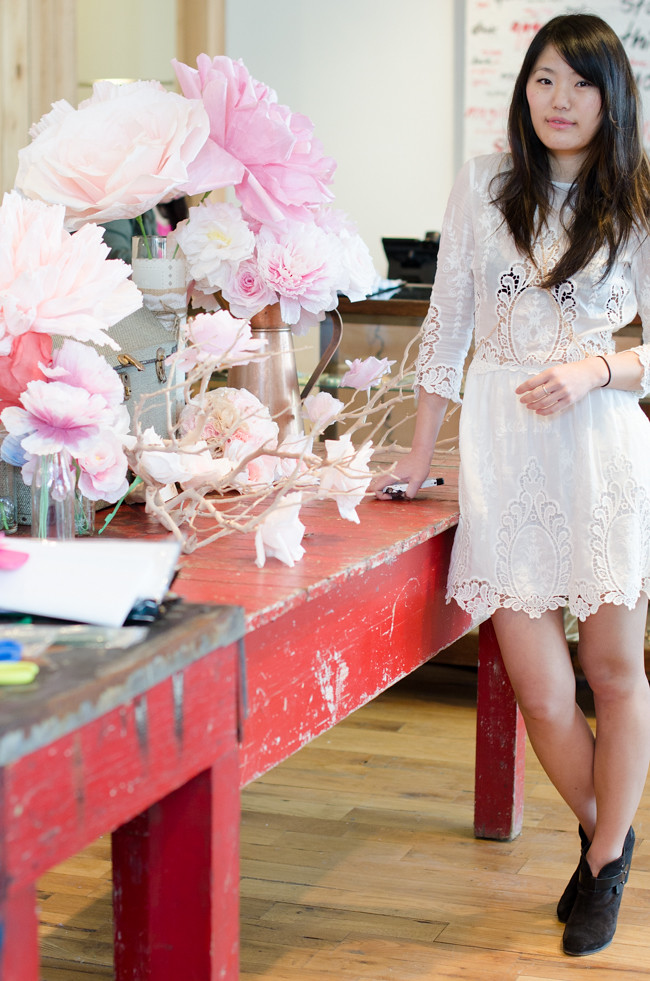 Posted by beautifuldisaster at 10:17 AM 1 comments

steve madden trome by dianali featuring black shoes
First I want to say I think the Blonde Salad is adorable, I used to read her blog. And second I'm totally pro designer knock offs because how are the rest of us normal human beings supposed to afford cute things?

But there's knocking something off and taking credit for its creation. Everyone remembers the Giuseppe Zanotti scalloped lace-up heels from a few years back, and just about every big brand has knocked it off. I own a pair of the inspiration shoes myself! But then in January Steven Madden came out with the Blonde Salad Capsule collection, that Chiara claims to have been the creative director. And what do you see as one of "her designs"? The replica of the GZ! What's even worse is Steve Madden already came out with this particular model for Shoemint, yes you remember the Romy (and yes I own them). So they took a shoe that was already "created" then rebranded it to the Blonde Salad.

I'm not saying this isn't done all the time. After Rachel Bilson claims to design Shoemint shoes, but do I really buy that? *Skeptical eyebrow raised* I must be naive or something because I expect a little more honesty from bloggers, but then I guess if it's a big enough opportunity *cough* aka money, then they will do just about anything.

Back when fashion blogging first started it was kind of nice reading honest reviews and uncovering designer inspired items, but I guess success, fame, and money have a way of killing it. I'm not saying they shouldn't be paid for their audience and brand power, but a little integrity would be nice. Then again if Steve Madden threw a bunch of money at me to basically rubber stamp a collection and take a few pictures that look like I'm "designing," I'm not sure I'd turn it down either. Just food for thought.

Posted by beautifuldisaster at 2:32 PM 1 comments

Pin It Now!
I've been so busy with orders from my etsy shop that I haven't had time to put up my tutorial!  But I'm still drawing inspiration from nature and these lovely cherry blossoms just bloomed outside my office. 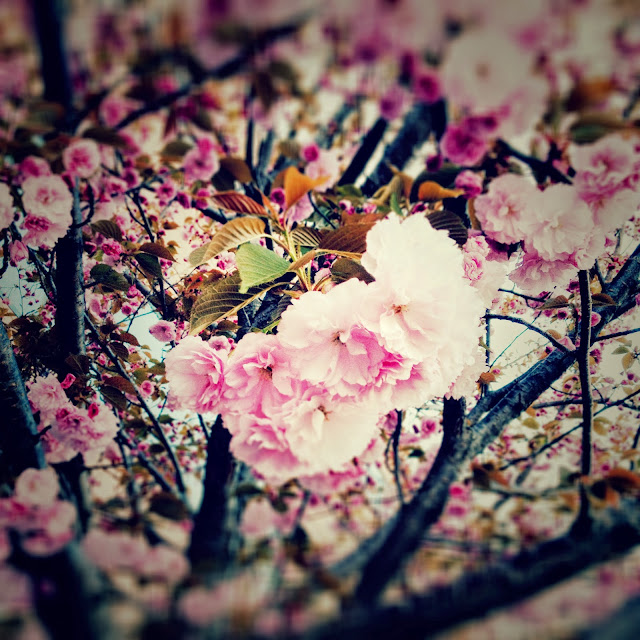 Posted by beautifuldisaster at 3:28 PM 0 comments

Pin It Now!
Well I finally did it! It only took 6 months but I finally got around to making a huge wine colored rose, 15" across! I love how the dye gave the petals a nice striated texture, really looks like a real petal. The pop of color is amazing. And of course it's available at my Etsy Store: SparkleandChampagne.

Posted by beautifuldisaster at 11:04 AM 0 comments

There's this little french bakery in the industry part of Rockville off of Parklawn called Saint Michel Bakery. It's the only place that could inspire me to actually get dressed and leave the house at 9am on a Saturday morning to pick up staples for the weekend, baguettes and croissants. These are not just any croissants but the closest to the ones I've had in Paris and Iceland...get the "special butter" croissants. They really do melt in your mouth!

It's been crazy busy lately with no time to update. I still need to finish up my paper flower tutorial, hopefully I'll get that done this week! These photos were actually taken on a rare warm day a month ago...right before another punch from the polar vortex. Nothing like oversized shearling to make even the tiniest of clothes feel appropriate.

Posted by beautifuldisaster at 8:00 AM 0 comments