He who shall not be named

Almost forgot to post a pic of the best costume ever...Voldemort!  Unfortunately this is the best picture I have of him since all that makeup reflects light and he just looks like a big white blob in all my pics!  I've never seen a duplicate of his costume and he refuses to enter the costume contests...I think he would totally win!
Posted by beautifuldisaster at 12:25 PM 0 comments

Pin It Now! I think Halloween is one of my favorite holidays.  I love dressing up and coming up with new costumes.  But this year inspiration failed me.  I think because I had so little time to prepare...I had just returned from a 2 week vacation to Hong Kong and Bali.  I ended up recycling one of my old costumes from 3 years ago.  Though I reused the dress and accessories for the costume, I changed the make up.

A friend and I had seen The Yard Dogs at a beer festival in VA and became immediately obsessed with one of their acts in which several performers had dressed up as dolls.  So that year we dressed up as creepy twin dolls with white powder faces and red kabuki lips.  This year we decided to take it one step further and become dead dolls with the sewn up mouth, cut off head, and black rimmed eyes.  I also wanted to add a Fafi-esque flair to it so I drew black hearts on our cheeks as well.  So here's our version of a creepy dead doll!

I tried to give every a vacuous stare with my eyes wide open the entire night!
Posted by beautifuldisaster at 12:05 PM 0 comments

Pin It Now! Currently in love with these boots:

They're so cute w/ the fur collar.  hahaha I'm such a sucker for anything trimmed in fur!
Posted by beautifuldisaster at 4:33 PM 0 comments

I bought this poncho a few months ago, before it got cold. I'm so happy I can wear it now, it's the perfect shade of camel for fall. I can't wait to pair it with some shorts and tall boots.  Plus I love the shawl collar.

I wore this in search of some okonomiyaki for dinner. I've yet to find a good place for it since Snap Crepe in Georgetown stopped serving it. For those that don't know what okonomiyaki is, it's a japanese style savory pancake. The batter is filled w/ cabbage then topped with all sorts of seafood and finished w/ drizzles of bbq sauce and japanese mayo. We went to a place near tyson's for it after doing some searching on yelp.  It turned out to be a complete disaster.  Not enough cabbage and the batter kind of fell apart.  So the search continues!

This season I see chunky knits in every store window for fall.  This vintage sweater is hand knit and so cozy for those lazy days.  The crazy blue, white, green, aqua color combination reminds me of the 70s.  This picture was taken on the way to get the cult status McDonald's McRib sandwich.  I never had the sandwich when it was out 15 years ago.  It's actually pretty tasty with the addition of some mayo...as if that sandwich needs anymore fat!  But it's 500 calories of yummy!  I'll be going back for some more next week, with extra pickles and onions. 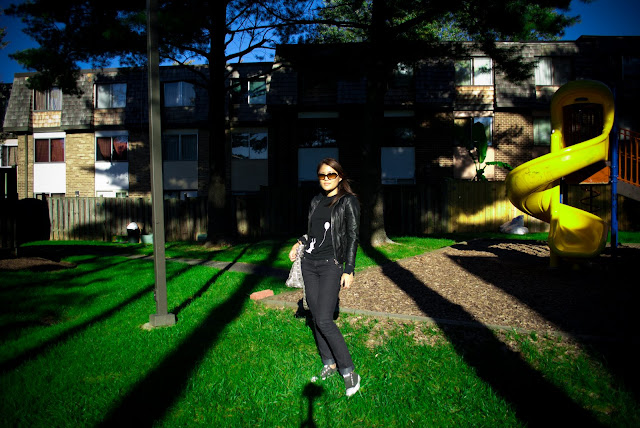 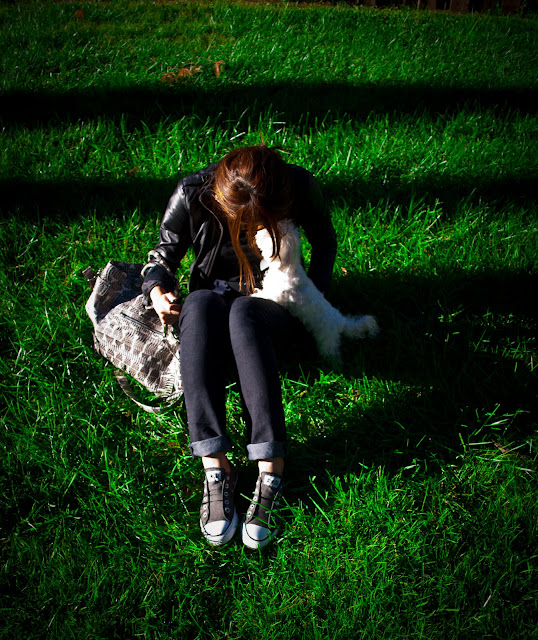 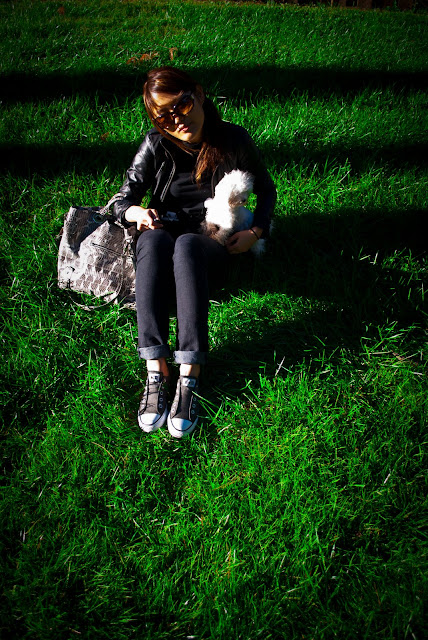 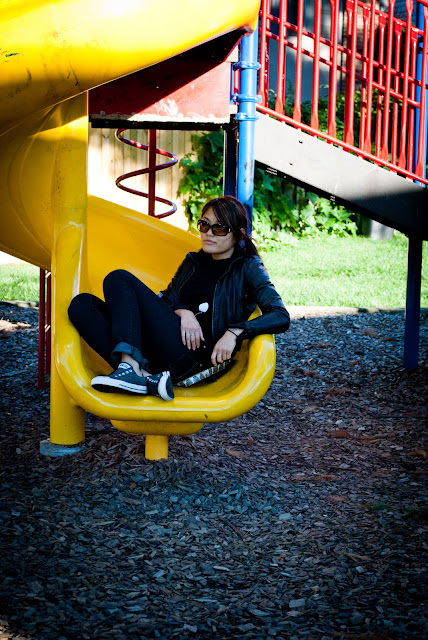 For as long as I can remember I've always leaned toward bright colors and whites for summer and nudes, grays, and camels for winter.  Since dying my hair brown 2 weeks ago, I finally realized why I didn't like black:  it matches my hair color.  I know, so simple and kind of stupid.  But having jet black hair and wearing all black made me feel like a living black hole while simultaneously melting into a black background.  It was not only sort of boring but decidedly depressing.
After dying my hair however, I've found a new appreciation for black and all black ensembles.